When driving along the winding road leading into Treasure Beach, one of the first things you’ll notice, besides the breathtaking view of the Caribbean Sea, is a colorful old fishing boat mounted on the roadside signifying your arrival into the community. Hand painted on the side of the boat is the slogan, “Welcome to Treasure Beach; Home of Community Tourism." This immediately lets you know what this community is all about.

In Jamaica, there is an air of camaraderie among the local people. You’ll often hear them amicably refer each other using the word “bredrin," which is the Jamaican pronunciation of brethren. Knowing this, it seems only fitting that the Treasure Beach Foundation is called Breds, short for Bredrin. It is a charitable organization which promotes and encourages community based projects that enhance the lives of residents as well as tourists who visit the area.

Founded in 1998, Breds has become the key in fostering relationships between community residents and the tourism sector. The visionary behind the organization is Jason Henzell, chairman of the most popular resort property in Treasure Beach, Jake’s Hotel & Spa. The vision itself? A community where each member is empowered to discover and create opportunities for success in sports, education and healthcare.

Treasure Beach is easily the most tourist-visited area on the south coast of Jamaica, so it’s no surprise that the Breds Foundation works to maintain a beneficial connection between the tourism sector and the community. Arriving in the town you’ll notice a distinctly quieter vibe than all the other tourist hubs in Jamaica. People drive slower, there’s no bustling town center, and plenty of tourists are safely commuting from one place to another on foot or by scooter. One glaring similarity between all Treasure Beach enthusiasts I’ve spoken to is that they don’t go anywhere else. They’re true to this town and it is where they always have and always will spend their vacations in Jamaica, so the community must be doing something right!

Perhaps the most well known accomplishment of the Breds Foundation is the creation of the Treasure Beach sports park. This 17-acre community hub is where hundreds of local kids are encouraged to participate in sports, leadership and teamwork activities. The sports park facilitates cricket, football, tennis, track and field and basketball, and attracts athletes and sponsors from around the world. There is even a challenging ropes course named after General Colin Powell, whose parents live mere miles from Treasure Beach.

Another Breds initiative is the kids EduSport program which touches nine schools in the Treasure Beach area. EduSport promotes extracurricular activity and aims to make learning through sport a fun and exciting way to create opportunity. With Jamaica turning out so many world class Olympic athletes, I can see this program being wildly successful.

Breds also participates in the Calabash International Literary Festival, a biannual, three-day event which began in 2001. Over the course of the years, the festival has attracted such literary luminaries as Salman Rushdie, Jamaica Kincade and Michael Ondaatje.

Breds is funded annually by individual donations as well as several interesting fundraising events. If you're interested in contributing through participation, you can try your hand at the Hook N’ Line fishing tournament held ever year in October, and the Jakes Offroad Triathlon held in April. If you’re more interested in volunteer tourism, Breds will also organize volunteer opportunities for individual travelers to donate their time in areas such as missionary, school groups, education and healthcare.

To learn more about Breds and its work in the Treasure Beach community, visit their website at www.breds.org. 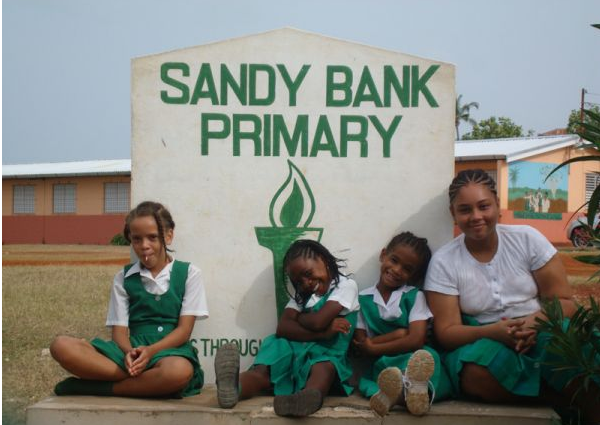 Word, Sound and Power: Language and the Rastafarian Philosophy 20 June, 2017