“Old pirates, yes, they rob I,
Sold I to the merchant ships…”

This is a quote from Redemption Song, written and sung by Jamaica’s most famous Rastafarian, Bob Marley. It is a reggae classic, beautifully expressing the singer’s optimistic and gentle response to the harsh experiences of the past. Marley also includes a few phrases in this song that are unique to his religion. His lyrics express the Rastafarian philosophy of unity, peace and – most importantly – self-respect and solidarity.

So let’s get one thing clear. How is Rasta Talk different from Jamaican patois, the regular creole spoken by Jamaicans across the island? Well, Rastafarians may use some patois, but if you listen you will soon pick up on many unique phrases and words that they have created. It’s almost like a “play on words,” giving patois or English words a special meaning that reflects the Rasta approach to life.

One that you will notice right away is the frequent use of “I” – sometimes at the beginning of a word. It’s a powerful concept. “I” is the strong, individual self. “I and I” is more complicated; it means the self and the divine within. It is also used instead of “we.” The “I” is often added to important words – so “meditate” becomes “initate” and “creation” becomes “iration.”

In 1994, writer and academic Velma Pollard wrote Dread Talk, a phrase she coined to describe the way in which Rastafarians communicate. Practitioners of Rastafari sometimes call their speech I-yaric. Why I-yaric? The word refers to Amharic, one of the many languages of Ethiopia (“I-thiopia”) spoken by the Emperor Haile Selassie I, who is the principal figure of Rastafarian beliefs.

In fact, Rastafarians use language in a very deliberate way, rebelling against the colonial style of standard English taught in school.

You might also notice how regular English words take on new meanings. For example, in Redemption Song Bob Marley sings:

“We forward in this generation

Here the ordinary English word “forward” is used as a verb, meaning to progress, to go, to move on.

“Forward” in Rasta Talk is an uplifting, happy word; Rastafarians avoid words that sound negative – and change them if they do. The word “dedicate” does not sound pleasant, so Rastafarians say “livicate.” In the same way, “understand” becomes “overstand.” The word “I” is always used instead of “me” – which sounds too subservient and meek. “Appreciate” almost sounds like “hate” – “apprecilove” sounds so much better. “Everlasting” sounds like the end of something; so it becomes “everliving.”

And yes – you’ve got it – the sound of words is a very important element of Rastafarian beliefs. It’s all about “Word, Sound and Power.”

Here are some great words and expressions in Rasta Talk:

Armagideon: The current poor state of the world (from Armageddon)

Baldhead: Someone who does not wear dreads

Empress: A respected woman and partner

Give thanks: Thank you

Groundation: A meeting of Rastafarians

Ites: Joy (also used as a greeting); sometimes means the color red – as in “Ites Gold and Green,” the colors of Rastafari

Livity: Righteous living, being connected to the life source

Nyabinghi: The oldest and most traditional group of Rastafarians; also a long spiritual gathering.

Reasoning: A discussion or talk, usually in a group

Zion: A place of unity and peace; heaven; or a place in Ethiopia – a homeland.

So, is Dread Talk just “slang”? Definitely not! Some words (such as “dreadlocks”) are now part of everyday modern speech and even urban “street talk.” You may recognize many phrases, if you are not a reggae fan.

Yes, the language may seem curious and strange. However, the way in which Rastafarians communicate is a direct expression of their philosophy of life – not a fashion trend. 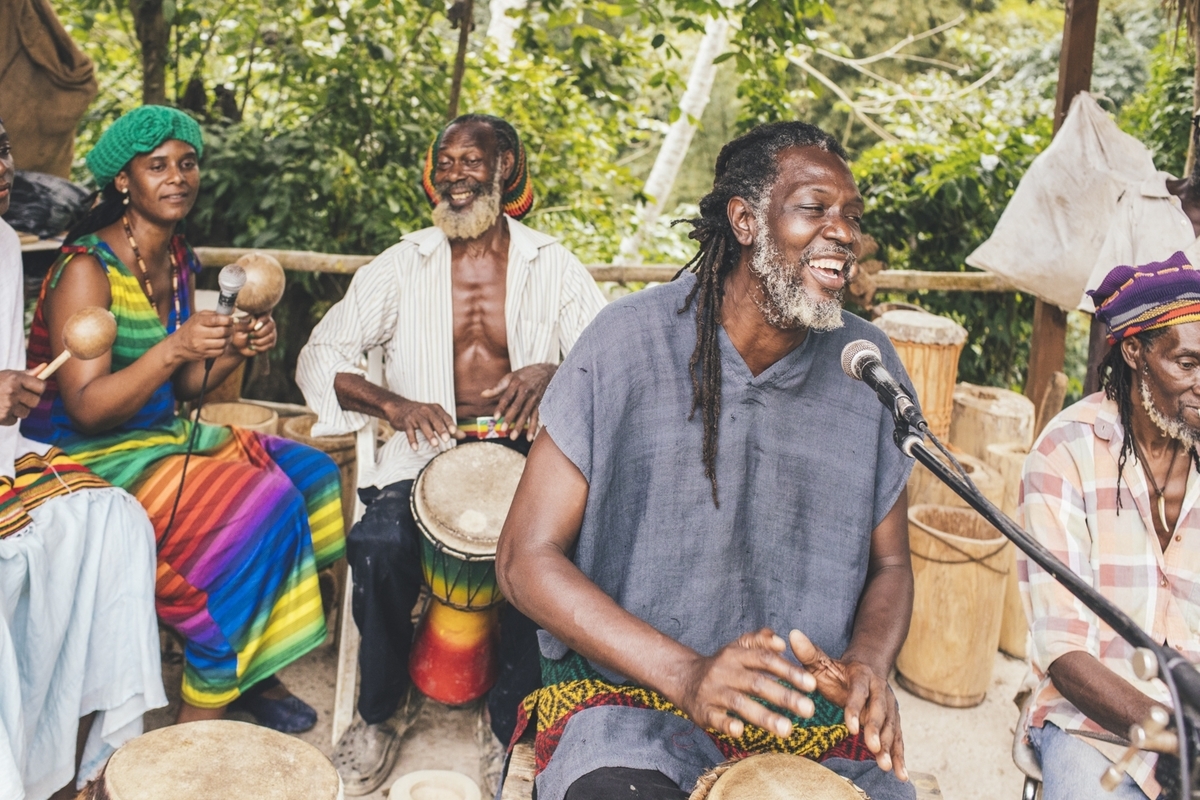